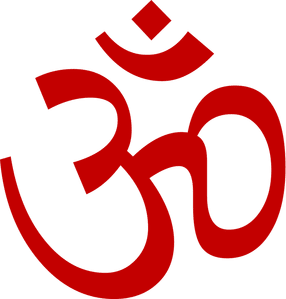 The Ancient Vedas have been written in the Sanskrit language.
It is one of the most ancient languages. It presumably evolved from the knowledge of the cosmic vibrations and its effects on human life.
The Sanskrit alphabet is composed of sounds which match the source vibration of our body.
Its basic alphabet corresponds to parts of our body.
The Hymns in the Vedic Upanishads have their origin in oral recitals passed on from generation to generation.
This was done by the Rishis who understood the relationship between life source vibrations and the well-being of our bodies. They propagated these sounds as mantras.
What are These Hymns?
Each sound of the divine vibration of Vedic chants or the mantras triggers an impulse in the human body.  This, therefore, has an effect on the physical well-being.
The Vedas were thus a result of centuries of meditative insights by the Rishis blessed with the “Siddhis” of knowing.
The divine vibration these mantras were felt by the “Rishis” in the form of sound impulses during their meditative practices.
They recalled the vibrations and repeated it – and finding profound results, composed hymns or mantras so that everyone could benefit from them.
Their idea was simple – those who could not do meditation for a prolonged period could also benefit by simply repeating the mantras!
How did that happen?
The phenomenon has now come to be termed as Resonance. What happens when two frequencies of similar type mix?
It gives rise to a bigger sound wave!
By repeating the various compatible mantras, we can bring up the life-vibration force of the various organs of our body, causing it to rejuvenate and align to the greater universal divine force.
Chanting mantras ensure that the irregular patterns of our body vanish and you can receive blessings from it in many forms.
Not only that, a regular practice of just one week will hence cause a perceivable deep shift in your spiritual progress. It will open up the depths of your consciousness and help you in achieving a deeper meditative insight.
Benefits of Chanting
Such is the power of chanting that it will benefit you even though you do not know the literal meaning of the chant.

For more on correct Mantras and Japas for particular problems that you are facing, contact me HERE
Dr. Prakash
Reiki Grandmaster

Basics of Pranayama and Yogic Breathing

THE HEART CHAKRA or THE ANAHATA CHAKRA