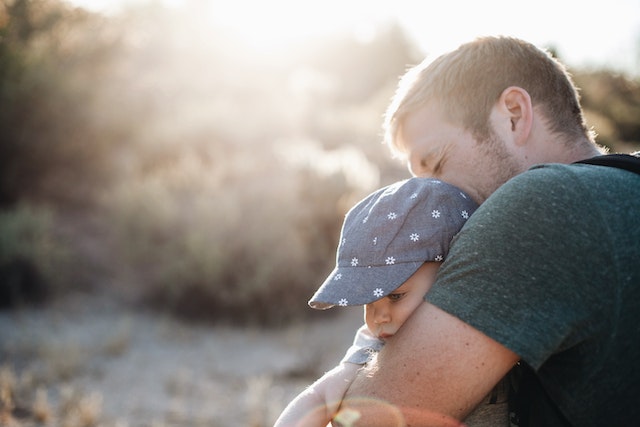 “Watch out!” said my father, pointing at the toddler, who was merrily making his way towards the edge of the bed. “He might fall and get hurt”.

Holding the baby by his waist I pulled him up and looked up to my sister, who was smiling. Dad’s anxiety was legendary and we had almost started expecting it certain “known” situations. There were these tell-tale signs we siblings had grown up with which made us exchange a chuckle or two when he would behave exactly as predicted.

My father was a gentle soul, a good person who was by nature a nurturing and a caring parent, His caring ways were deep rooted and I do not recall a single occasion when he did not provide for everything we needed throughout our childhood and adolescent years. This was no mean feat because his income was meager; yet we lived a better lifestyle than many with better means. It all spoke a lot about his immaculate planning and caring that we studied in the best of institutions, travelled during school holidays every year, almost all over India and had the most contemporary clothes and living standards.

He was so fastidious about our safety, at times it went to a humorous extreme. Because of this, none of us siblings ever learnt swimming in our childhood. He used to worry whenever we were out for long, without a valid reason. Thankfully there were no mobiles in those days; else I am sure he would have made a good use of it trying to find out if we were in a trouble of some sort.

As we grew out of teens, we would often ask him not to worry. In fact, much to my mom’s amusement, my younger brother once called him “Dad, the worrier”.  He would come to see off, or receive all of us even after we were grown up; as if he feared we lose our way and might get lost.

After we siblings got married, his worrying nature did not cease. In fact it increased when the grandchildren were born. He often worried about the toddlers getting hurt by the sharp edges which only he would notice. If he had his way, he would put a helmet on the kids’ heads all thru the day as they went about crawling in the house.

Set in a classic mould, he went about his duties as a responsible parent, and subsequently a grandparent and gave all he had to inculcate exemplary qualities of his giving nature by his personal example. I know I am not half as much a responsible husband and a father that he was.

As he grew older, we would insist that he should not come too far away bus stands, or railway stations to see us off or receive us during our visits home. He would never listen, and continued doing so with my younger siblings but I somehow got my way and he would come and drop me only to the nearest taxi stand.

I still recall my last visit, when we had a light argument about him coming to see me off. He finally relented and came only till the local bus stand near our house.

As we stood talking, waiting for a bus, I felt the need to reach out and give him a hug but could not muster the courage, as we had always held him in that awe. When the bus arrived, I left him after touching his feet, and took a window seat. He was looking up as if he wanted to say something. True to his nature, he waved and said “take care during the journey and look after yourself”.

I had been in similar situations during the past few years too but somehow this time, I did not want to leave him. As the bus started moving I waved at him, and holding myself back, closed my eyes.

“God, keep my father safe from sharp edges of the world”.

Soon thereafter, he left us- in the prime of health, exactly the way he had lived – without a fuss and without being a burden on anyone, after finishing all his responsibilities of this life.

​HOW TO USE Midas Star: The Reiki Symbol for attaining prosperity

Understanding Biorhythms and their Impact on Our Well-being

Why We Cannot Connect To Spiritual Guides